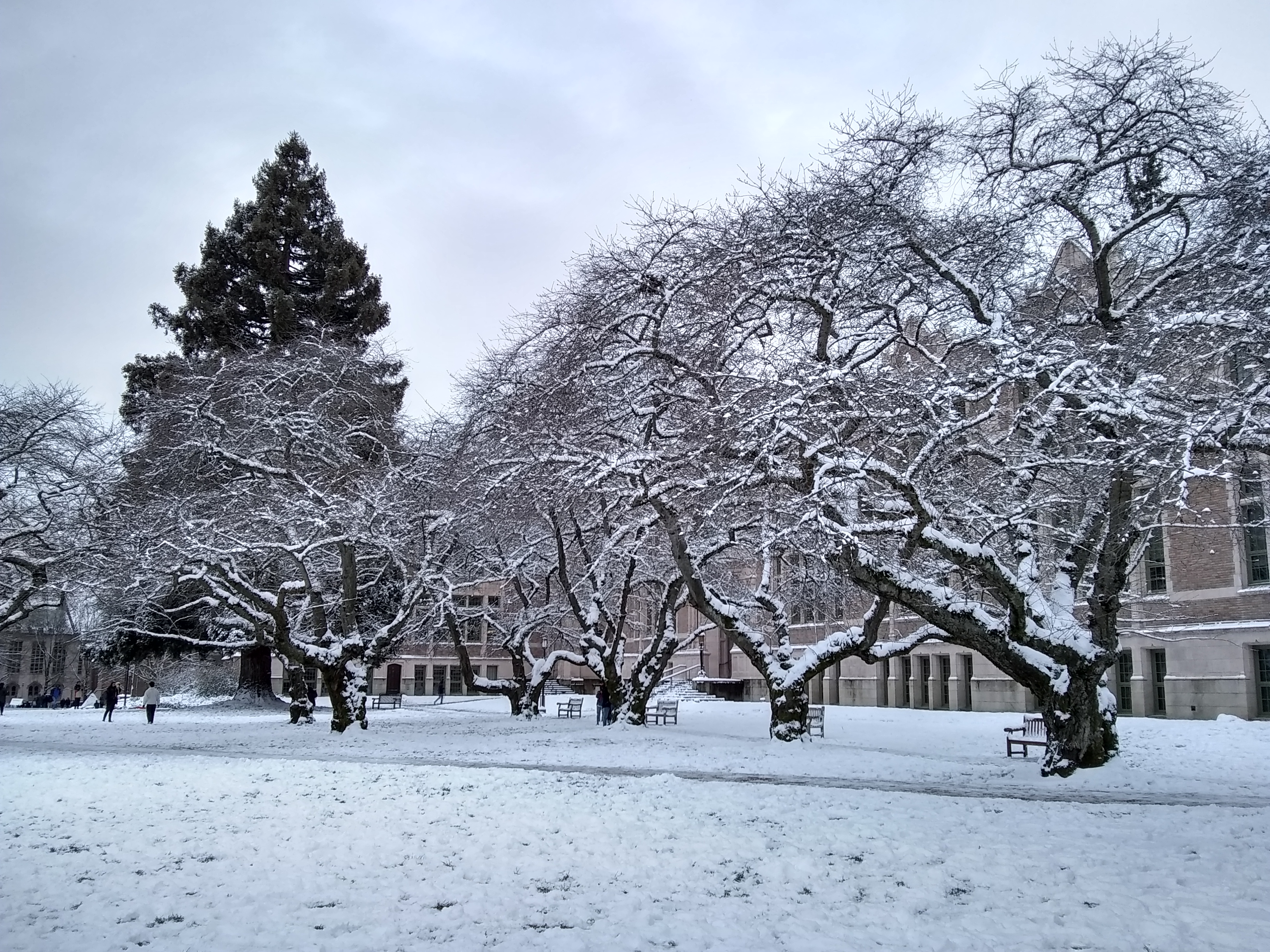 (Note: I drafted this post on Tuesday, February 5 so it is slightly outdated.)

It has snowed in Seattle and the whole city has shut down. For the last two days, the schools and universities have been officially closed, the busses have been on their “snow route” and people (including me) have been penguin-waddling along the ice-ridden sidewalks.

So while the extreme colds of the Polar Vortex in the Midwest of the US seem to have passed, and the snow in Seattle is slowly starting to melt, I thought I’d check in on the snowiest and coldest places. I told you some time ago that Seattle is not the rainiest city in the US. Nor is it the snowiest, or the coldest. But which city is?

If we take a look at coldest cities in the US, Fairbanks (AL, as you’d never have guessed), Grand Forks (ND) and Williston (also ND) make up the top three with -27.2, -19.5 and -17.7°C respectively. In fact, this morning my colleague walked in on high heels, on which I commented: “How do you do that in the ice?” Her reply was simply that she was from North Dakota, she’s used to it.

By the way, Fargo (ND) comes in on number four, deserving an honorable mention because of the awesome movie. And series. Well, I’ve only seen season one, but that was great.

The coldest inhabited place on Earth is considered to be Oymyakon, Russia (-50°C on average, a temperature I can’t even fathom). On Antartica, the coldest ever temperature to be measured was -92°C (even less fathomable).

And apparently, the coldest place in our solar system might not even that far away. The permanently shadowed craters at the moon’s south pole have shown a minimum temperature of -238.3°C, colder than some of the temperatures measured on the surface of Pluto. However, we have yet to measure temperatures at the polar, always shadowy regions of other planets, so it is possible that the Dark Side of the Moon is not the coldest place in our corner of the universe after all.

Anyway, I’m not complaining about living in a mild climate (at least not at this very moment), because it allows me to go on some really nice walks even in February. Last weekend, I walked on the apparently iconic Seattle viaduct, which is going to be demolished. I’m not attached enough, nor a proper Seattelite, to have an opinion on the demolition, but it was pretty cool to walk through the new tunnel (that opened two days later), the old tunnel (that will be filled in) and the viaduct.

* So I should point out that this might have shifted a little in the last 9 years.

** From Seattle’s Wikipedia page, it’s unclear over which time range this was measured.