To end my series of posts on the man and the book (D’Arcy Thomspon and On Growth and Form respectively, the latter a book with over 1000 pages), I wanted to share a few more quotes from and about him that I found interesting enough to type out:

“In his figure and bearded face there was majestic presence; in is hospitality there were openness, kindness and joviality; in his ever quick wit were the homely, the sophisticated and, at times, the salty… in status he became a very doyen among professors the world over; in his enquiring mind he was like those of whose toungue and temper he was a master, the Athenians of old, eager ‘to tell or hear some new thing'” – Professor Peacock (1)

There is a certain fascination in such ignorance; and we learn without discouragement that Science is “plutot destine a etudier qu’a connaitre, a chercher qu’a trouve la verite.” (2)
(Rather than destined to study for knowledge, (we are) searching to find the truth.)

In my opinion the teaching of mechanics will still have to begin with Newtonian force, just as optics begins in the sensation of colour and thermodynamics with the sensation of warmth, despite the fact that a more precise basis is substituted later on. (3)

As a self-proclaimed science communicator, it is often difficult to judge how much to simplify things. On the other hand, making things relatable to everyday experiences does not necessarily mean telling untruths. Classical physics may not be valid for every single situation, but it is often enough to describe what is happening without needing to resort to more complicated relative physics. And you don’t have to start quoting wavelengths when a colour description would do just as well. Fill in the details later, if necessary.

Some quotes on evolution and natural selection:

And we then, I think, draw near to the conclusion that what is true of these is universally true, and that the great function of natural selection is not to originate, but to remove. (4)

Unless indeed we use the term Natural Selection in a sense so wide as to deprive it of any purely biological significance; and so recognise as a sort of natural selection whatsoever nexus of causes suffices to differentiate between the likely and the unlikely, the scarce and the frequent, the easy and the hard: and leads accordingly, under the peculiar conditions, limitations and restraints which we call “ordinary circumstances,” one type of crystal, one form of cloud, one chemical compound, to be of frequent occurrence and another to be rare. (5)

On a fundamental level, are we really able to build things? Aren’t we just rearranging the building blocks?

I know that in the study of material things, number, order and position are the threefold clue to exact knowledge; that these three, in mathematician’s hands, furnish the “first outlines for a sketch of the universe“, that by square and circle we are helped, like Emile Verhaeren’s carpenter, to conceive “Les lois indubitable et fecondes qui sont la regle et la clarte du monde.” (7)
(The unquestionable and fruitful laws that rule and clarify the world.)

For the harmony of the world is made manifest in Form and Number, and the heart and soul and all the poetry of Natural Philosophy are embodied in the concept of mathematical beauty. (8)

#MathIsLife. Thank you, D’Arcy, for the 1000+ pages of mind-expanding, educational and philosophical topics. 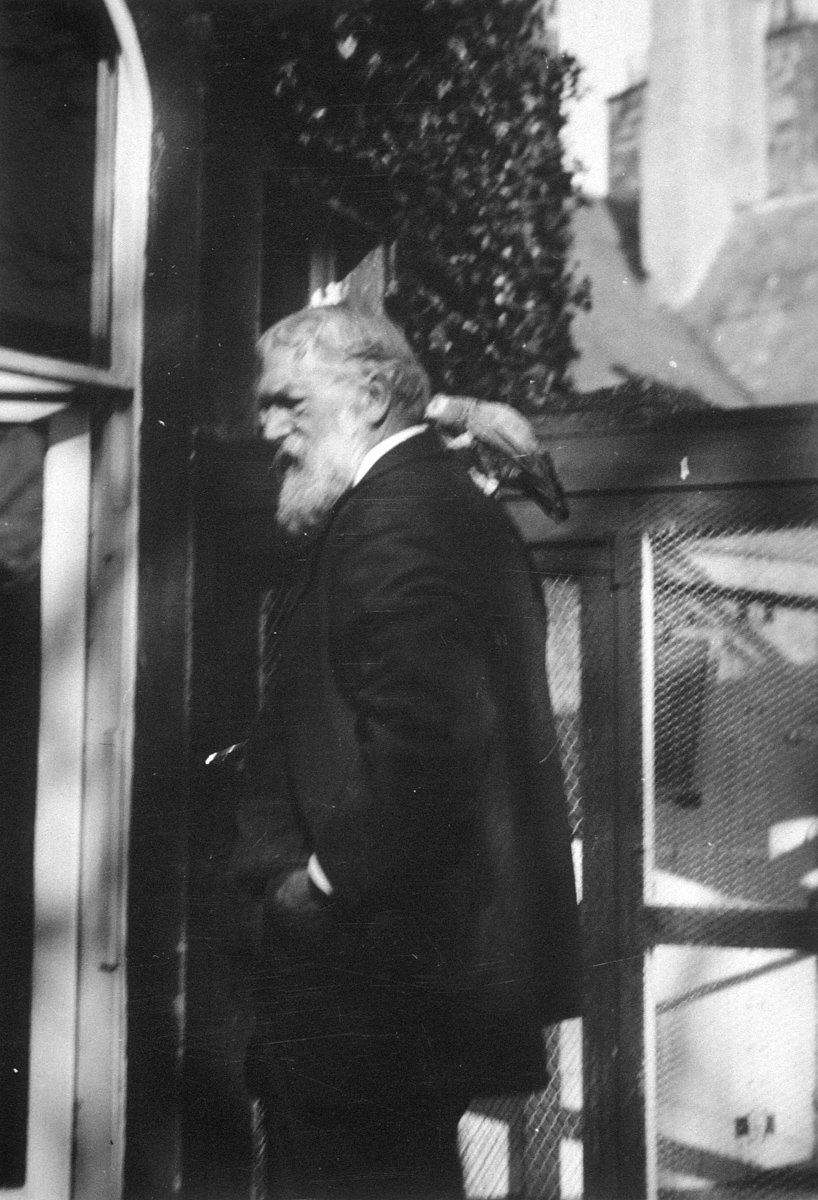