Exactly a century ago, D’Arcy Thompson published his book On Growth and Form.

I’ve spoken about Mr. D’Arcy before, but as it is the 100-year anniversary of his masterwork, I feel it fitting to revisit the topic. Since mentioning him last, I have finished reading his book, and have also started to write up my thesis. I bring up my thesis because my work is related to D’Arcy’s work in the sense that I have been trying to bridge the gap between biology and physics, and I predict that some of my reading will inspire me to write more (hopefully more of my thesis but presumably also more on the general topic of bio-meets-phys).

Mr. D’Arcy wrote On Growth and Form to collect his observations on the mathematical principles of nature. He explains how biological phenomena of form and growth closely resemble physical and mathematical principles. Especially for some of the more simple examples (e.g. the shape and size of single or doublets of cells) the similarities between biology and physics (e.g. single and doublets of bubbles) are almost uncanny. These simple systems can easily be described using simple formulas, and he suggests that even more complex systems can be explained in a similar way (though he remarks that it will take a lot of formulas and paper space, luckily we have computers now). In 1917, this idea was pioneering, to say the least. Bio-mathematics and biophysics were nowhere near being the hot topics they are today.

One of the events organised for the anniversary of On Growth and Form, was the exhibition A Sketch of the Universe at the  City Art Gallery in Edinburgh, showcasing works of art that were inspired by the book, or by the idea that mathematics and biology are closely intertwined. The exhibition is closed now, but this weekend I did get the chance to go visit it.
So, I present to you, some of the highlights that I found interesting or cool-looking: 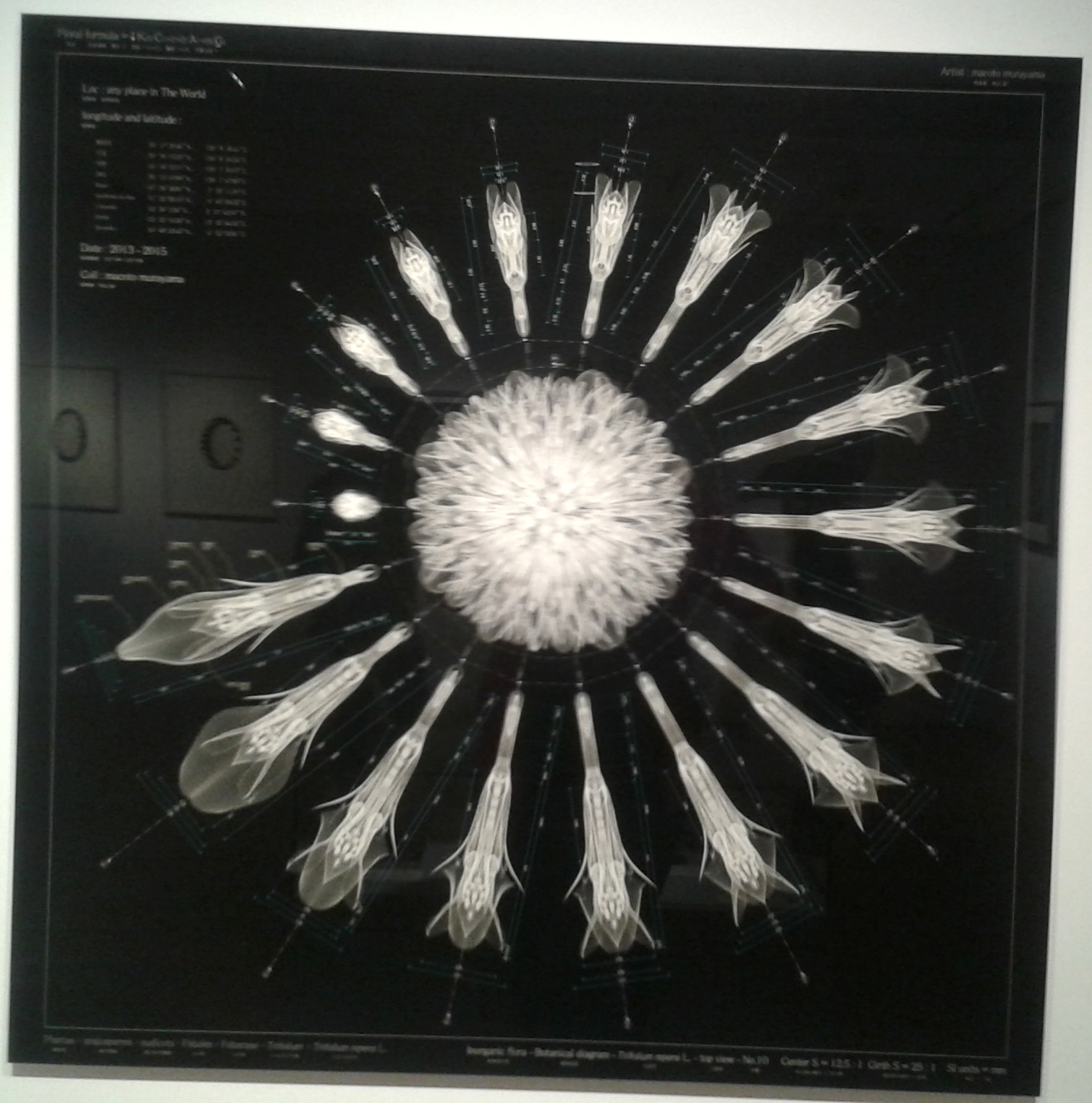 Trifolium repens L – top view – No 10 by Macoto Murayama (2016) – 2D rendering of a 3D model depicting the structure of a white clover flower.

“I know that in the study of material things number, order and position are threefold clue to the exact knowledge; and that these three, in the mathematician’s hands, furnish the first outlines for a sketch of the Universe.” (D’Arcy Thompson, On Growth and Form)

Aggregation 24/27 by Andy Lomas (2005) – These prints were “grown” using computer algorithms that simulated the paths of millions of particles flowing in a field of forces.

“For the harmony of the world is made manifest in Form and Number, and the heart and the soul and all the poetry of Natural Philosophy are ebmodied in the concept of mathematical beauty.” (D’Arcy Thompson, On Growth and Form) 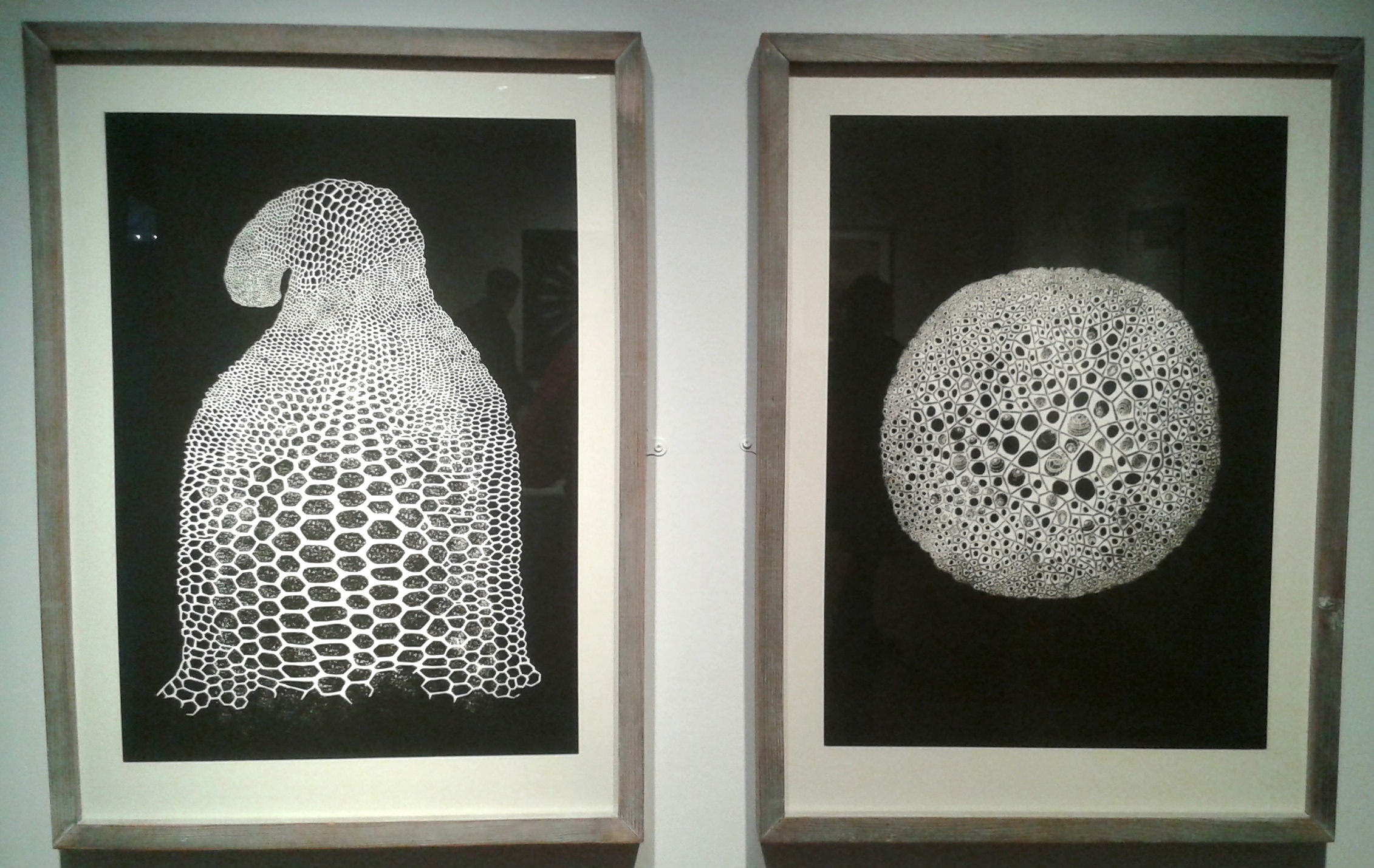 Radiolarians by Amy Barber (2010) – The single-celled Radiolardia aggregate into complex and very diverse shapes. Their skeletons are incredibly delicate and look pretty neat.

“The waves of the sea, the little ripples of the shore, the sweeping curve of the sandy bay between the headlands, the outline of the hills, the shape of the clouds, all these are so many riddles of form, so many problems of morphology.” (D’Arcy Thompson, On Growth and Form) 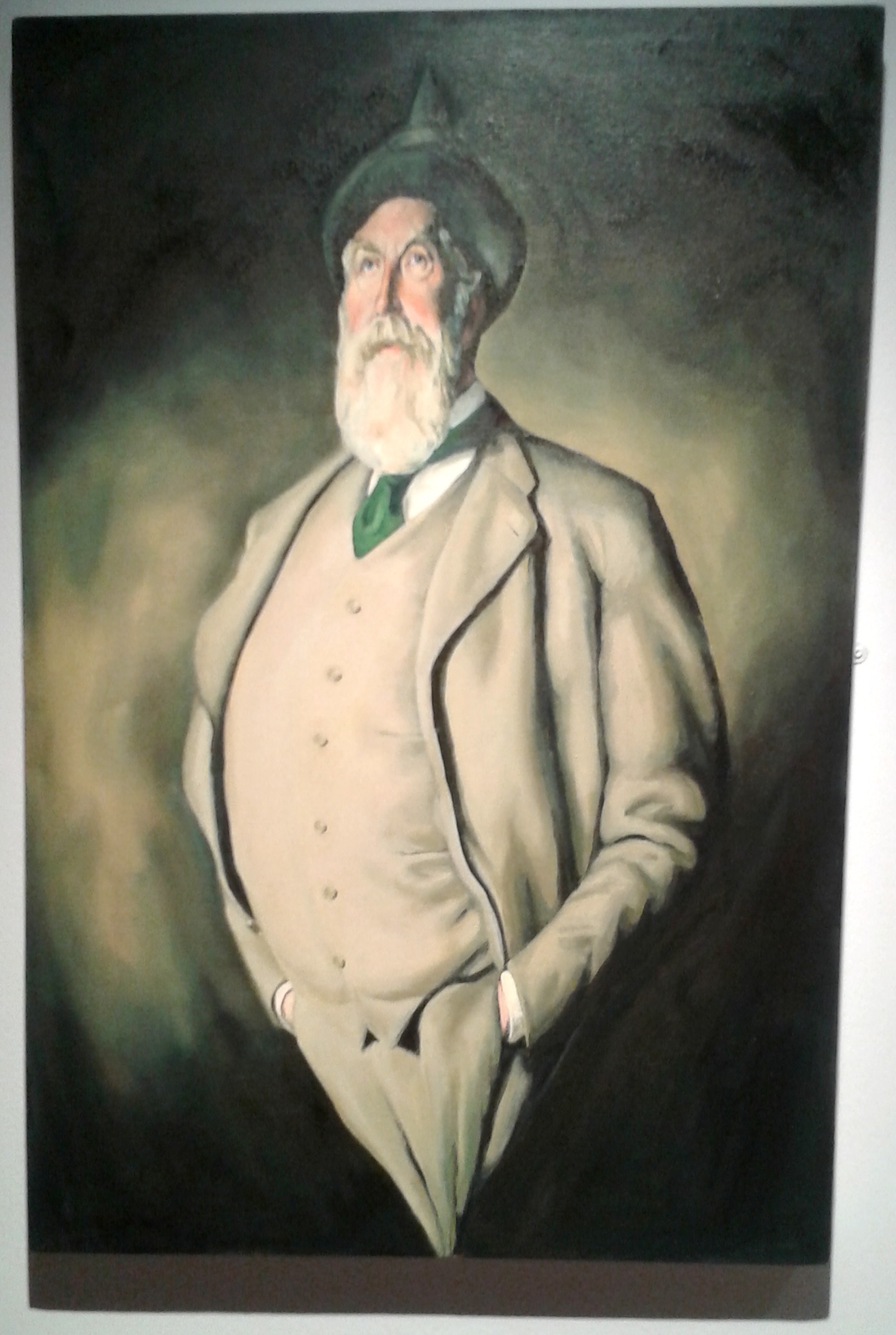 Scarus, Pomacanthus by Darran McFarlane (2012) – This painting was created by subjecting an existing portrait of D’Arcy to mathematical transformations.

You can read more about D’Arcy Thompson, On Growth and Form and some of the events being organised this year in honour of the 100 year anniversary, here. And presumably in the near future on this very blog.

[Note: Again, I realise that D’Arcy Thompson’s last name is “Thompson” so “Mr. Thompson” would be a more appropriate title (or Prof. Thompson) but I just cannot resist his practically Austenesque first name.]