I had just submitted my PhD thesis for review (*mini-applause for myself*) and decided that the two months I had before my PhD viva (or PhD defence) would probably drive me half-insane and maybe I needed an extended break somewhere very far away.

So I went very far away: I booked a trip to Australia. However, still being me (as in: a science communication addict?) and considering my previous experience as an edutourist, I emailed a few universities to let them know I would be around and willing to volunteer at any scicomm event they might have. One university replied. I also signed up to an Australian mailing list and answered a call for volunteers.

So, in between my actual travels, I ended up doing some public outreach slash science communication down under. And boy, it was fun.

The university that replied to my spontaneous volunteering was LaTrobe University in Melbourne, where I had the opportunity to talk to a year 9 class (which are, I’m guessing, 14-year-olds?) about my research and my experience as a PhD student. I slightly changed a previous talk of mine (mostly left out the singing; oh yes, I went to a conference and brought my ukulele once, it was marvellous) and spoke to a class of maybe 30 students about the Physics of Cancer in general, and how my research sort of fits into that field. The students seemed very interested and asked some questions about what it’s like to do a PhD and if all that travelling isn’t very tiring. As thanks, I received a gift card which was super useful because I used it to buy a raincoat. Apparently, it does rain in Australia. 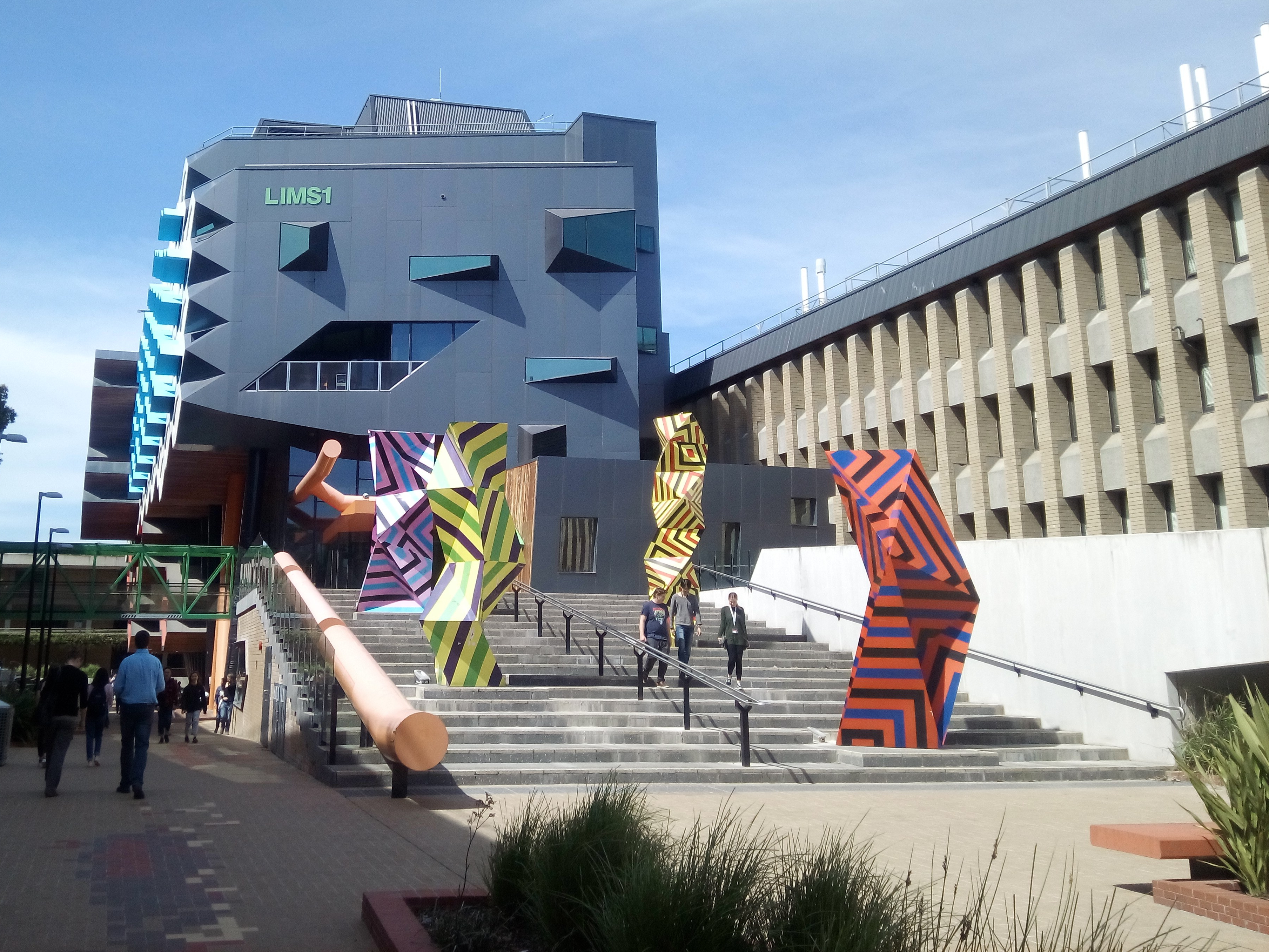 The other event I attended was the Science and Engineering Challenge, which is a national competition organised by the University of Newcastle that challenges teams of high school students (I’m guessing 14-year-olds?) to do a range of different tasks related to engineering and science, such as building a water turbine, a suspension bridge, a catapult, creating an encrypted code or building an earthquake-proof structure. I helped out at the Sydney event for two days. 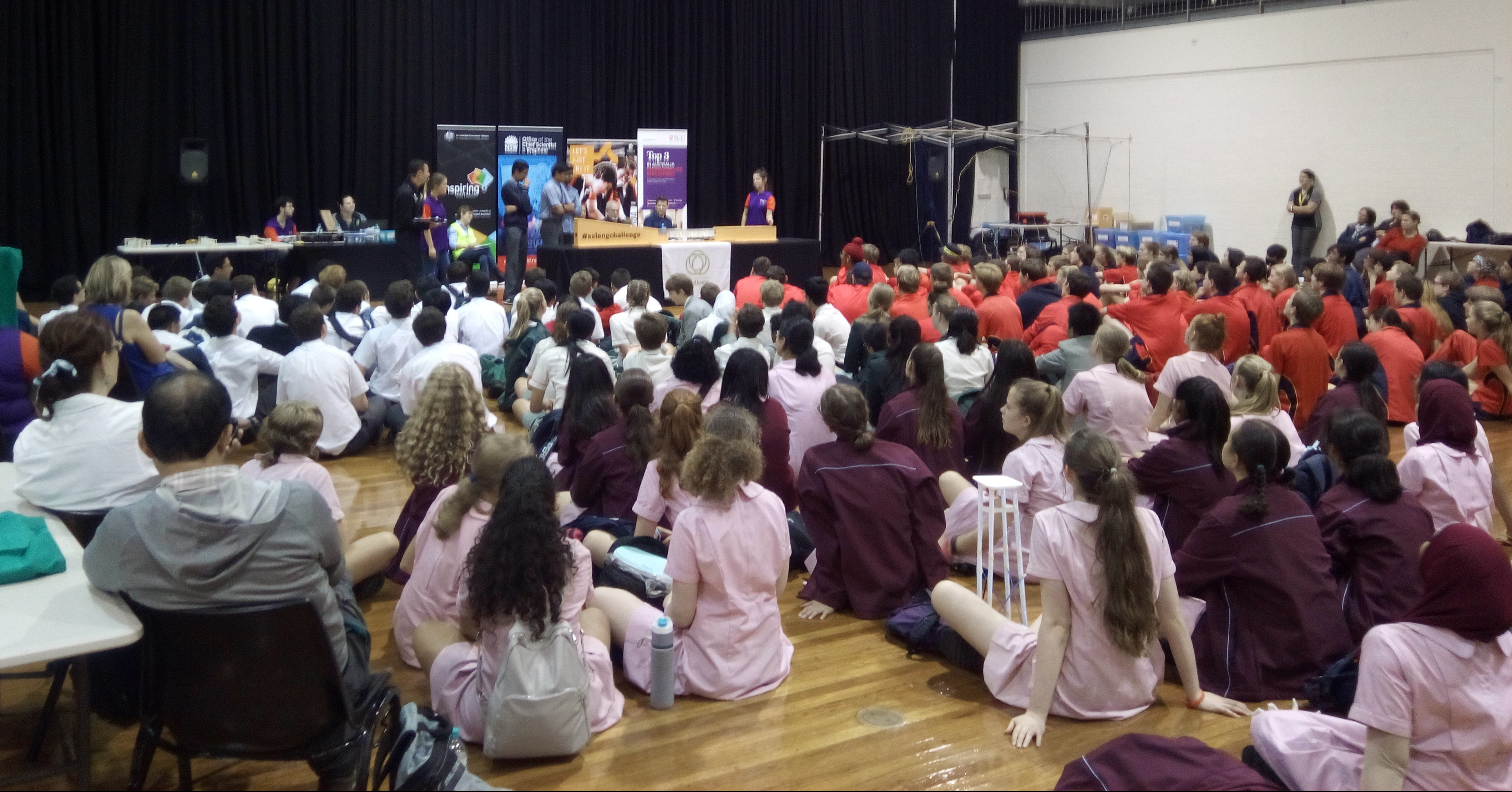 Students at the final challenge: suspension bridge. It was very suspenseful.

Apart from the fact that I wasn’t allowed to take part myself – I would have loved to build a water turbine and catapult – it was absolutely amazing. My role was to facilitate the aforementioned activities (one for each day I was there), and it was really interesting to see the creativity and competitiveness of the students. Sometimes, the more unexpected design was more efficient, sometimes the group with the most extensive and thought-out plan ran out of time and couldn’t finish their idea. It was up to me to encourage the students to think both logically and out of the box without actually really helping (or so I tried).

As with many science outreach activities, the event relied on volunteers from universities. But more unusually, there were also volunteers from the Rotary and from companies (on Thursday I was there, a bank). This made for an interesting range of ages and backgrounds, which in my opinion was a wonderful extra touch and helped bring home the message that a) one of the most important skills for STEM* is creativity, b) with a STEM degree, you don’t necessarily have to stay in STEM, you can go into a whole range of careers, and c) STEM is really awesome, considering all these people – not all them working in or studying a STEM subject – that give up their time to come help at the event.

Anyway, I went on holiday for 5 weeks all on my lonesome and having a few days of scicomming in between was really fun.

Thank you Jess from LaTrobe University for the opportunity to speak to the y9 class and the tour of the university, and Terry from Newcastle University for signing me up for the Science and Engineering Challenge.

One thought on “EduTourism (II)”