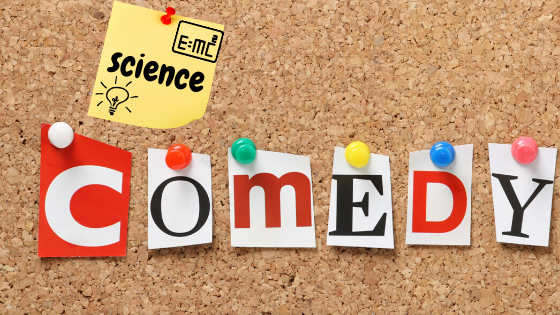 Report on the session “Make ’em Laugh: Science Comedy to Ignite Curiosity and Increase Self-confidence” organized by the Marie Curie Alumni Association at the 2020 meeting of the Americal Association for the Advancement of Science (AAAS2020)

Science is the pursuit of knowledge. But what is the point of research if this knowledge is not communicated to others? Comedy is one way to connect people, and it could be the key to bridge the science community with a society that is often susceptible to fake news and clickbait.

At the annual meeting of AAAS, which took place from February 13–16, 2020 in Seattle, we organized a workshop to learn how to make people laugh with, and sometimes at, science. The session was organized by Valentina Ferro (Vice-Chair of the MCAA) and Valerie Bentivegna (Chair of the MCAA Communication Workgroup) and was facilitated by Adam Ruben (American Association for the Advancement of Science, Washington, DC) and Matthew Murtha (MCAA).

Here are some of the take-home messages.

Comedy, like many forms of entertainment, has some formulas that are guaranteed to work. Okay, I’m lying here. But there are some general rules that seem to help when working on a joke.

One format is “the list of three.” Lists of three are quite common in storytelling, and in comedy, this can be by surprising the audience on the third item with a twist. Let’s take the example from The Dick Van Dyke Show:

“Can I get you anything? Cup of coffee? Doughnut? Toupee?”

A cup of coffee is an ordinary thing to offer someone, and so is a donut. But it’s the third element that takes the audience by surprise and makes them laugh. The element of surprise is the other big part of comedy: keep the audience on their feet.

On the other hand, being too formulaic or too predictive can work against you. It might be better to just be silly, remember to have fun, and break the rules if they don’t work for you!

I’m not saying science presentations are always boring, but let’s be honest, often they are. Bringing in some comedy into your science can be a way to lighten things up, but you might want to be careful when you’re early in your career. A close-to-pension, established, tenured scientist with nothing to prove can easily add humor into their talks without sounding unprofessional, but, as an early career scientist, you don’t want the humor to undermine your scientific message.

However, there are some tools from stand-up comedy that can help with your science talk:

So how can you put some humor in your science talk without overdoing it? Use the element of surprise: an unexpected funny photo or meme could get you some laughs without distracting from your data.

The best advice anyone can ever give is to be likable. Be authentic and relatable. And if you do want to go into comedy, just do it. Often. Go to open mics and try out your stuff. You will bomb sometimes, but it’s by failing that you’ll get better!

Want the learn more about #ScienceComedy? Depending on where you live, there are plenty of opportunities to work on your stand-up skills or just learn how to implement comedy into your science! Some examples are:

This post was originally published on the Marie Curie Alumni Association Medium Page.