I’ll tell you a secret. It’s not really a big secret, I think many people know. But it isn’t out there quite enough.

You probably think I’m saying this to impress you, to make you believe that I am a superhero. Well, I’m not. Or at least not yet. Because, technically, I’m still a scientist-in-training. So you might say I’m a superhero-in-training. Not quite there yet.

(Side note: when does one actually truly deserve to be called a scientist? Isn’t the goal to keep on learning? Will a researcher always be a scientist-in-training? Or until he/she – I don’t know – wins a Nobel prize? #AskingTheBigQuestions)

I’ll tell you why scientists are superheroes. And I’ll do it by giving an example of one of the supervillains they are fighting: cancer.

Yes, cancer. (Disclaimer: what will follow will be both a huge generalisation, because there is no such thing as “cancer” or “the cure for cancer” because cancer is as diverse as the number of different cells in our body.)

So, if you’re like me, you might have noticed in a geeky moment that cancer cells have a number of superpowers. Officially, these are called “the hallmarks of cancer” . No, this has nothing to do with greeting cards or Kenickie’s hickeys, but are certain characteristics of cancer that can accumulate during its progression and that are typically driven by genetic instability. Like a superpower, they can originate hereditarily, through a genetic defect, through mutations caused randomly, or after exposure to a DNA-altering freak accident, including radiation or chemical exposure.
(I might have given a talk last week that was completely framed around X-men. I was called a dork. It was a good day.)

What type of superpowers could cancer cells develop?

To start with, I would argue that cancer cells could gain the power of invisibility. Often, cancer cells have the uncanny ability to “trick” the immune system to not noticing they’re there. They also cleverly evade any growth suppressors that come their way. If this is down to superb camouflage abilities, shapeshifting talents or just pure invisibility, I do not know. But it’s definitely powerful and it can definitely be used for evil.

They also possess a type of mind control (if we imagine cells have a little will and a mind of their own). They convince their surroundings to grow new blood vessels. For their own gain, obviously, because it creates a steady flow of resources. Which they can, by the way, use in different ways as the usual (but I’m not sure “changed metabolism” is such an awesome superpower unless you really start thinking it through).

Next one: excessive self-multiplication. You know, like Multiple Man. Cancer cells just keep on making replicates of themselves. Until they take up so much space that they don’t have any room anymore, which brings me to the next power…

Cancers sometimes spread out. Certain cells, known as metastatic cancer cells, have the ability to walk through walls (or in reality, evade through cell layers to get into the blood stream and hitch a ride to some other part of the body that might have some extra living space).

And then finally (I might have skipped over a few hallmarks, though) and in my opinion, the scariest superpower: cancer cells can, and often do, acquire is the power of immortality. They find a way to resist cell death. Usually, the body is amazingly good at catching the rotten apples and getting rid of them, but a cancer cell is able to resist. It is immortal. Really difficult to kill. Which is really something to be scared of.

Even Nature, a prominent scientific journal, thinks scientists are superheroes. 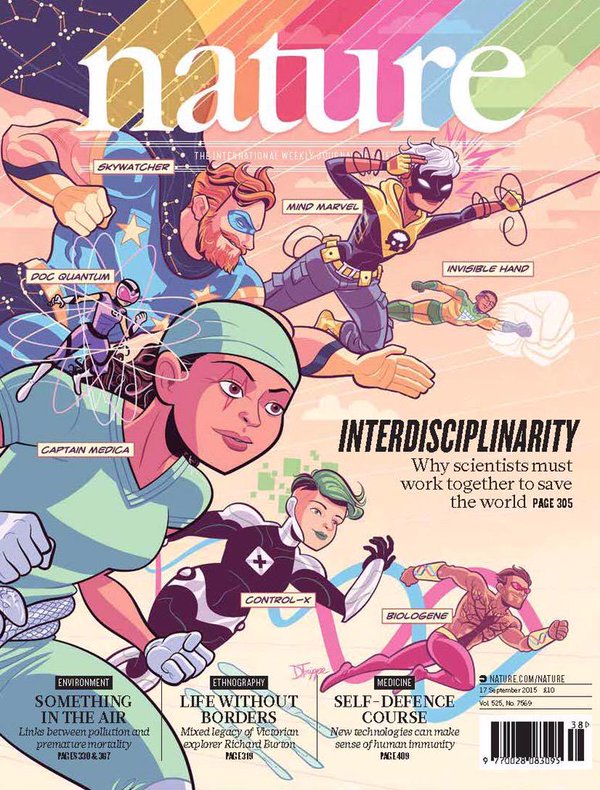