If the sciences were ranked (by xkcd)

Most of the “soft” scientists I know don’t really mind too much (yes, I have soft science friends, I *can’t* be an elitist), and they laugh along. But still, I wanted to bring a bit of nuance and perhaps a tiny apology,

especially since this years’ Nobel Prize for Economic Science was awarded for integrating climate change an technological innovations into long-run macroeconomic analysis. Two subjects that are kind-of STEM-related.
Therefore, no matter how you might be willing to rank them, something can be considered science (from the Latin word scientia – “knowledge”) if the scientific method is applied.

The scientific method is a way to approach a problem or question by following this – or any similar – flowchart: 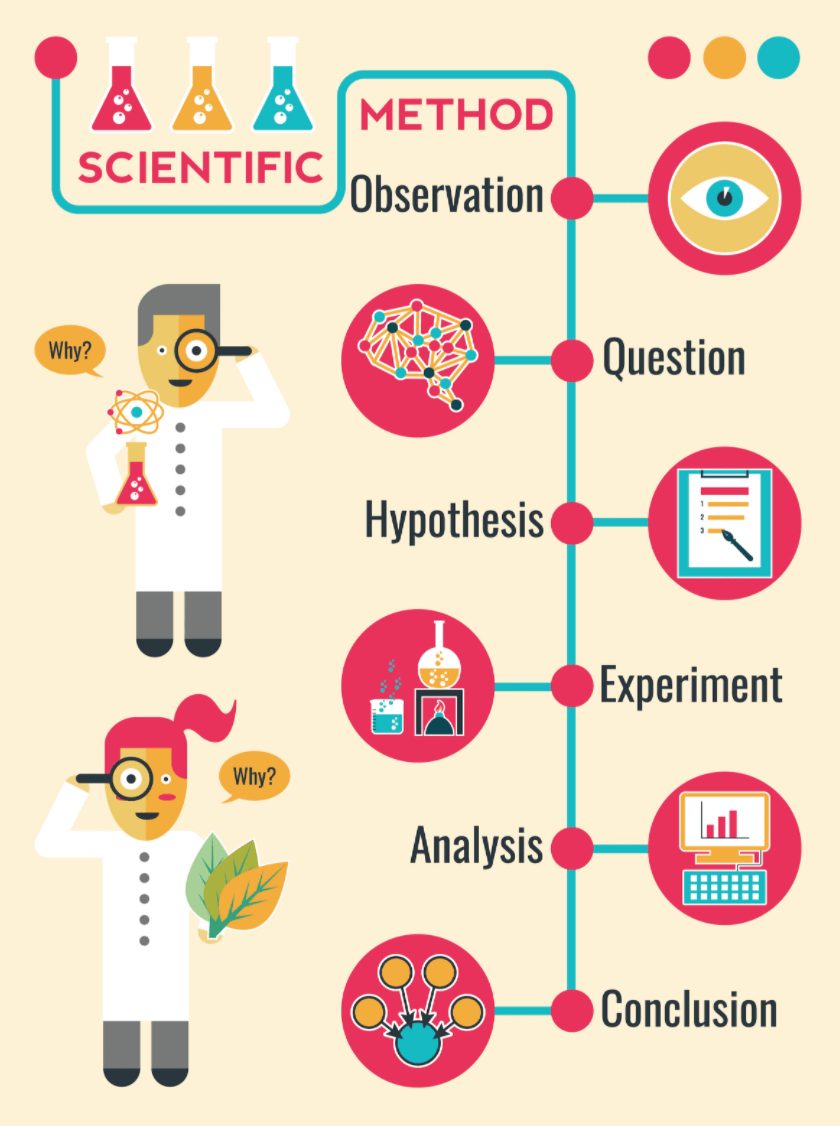 Example of a scientific method flowchart

Very briefly and with an example, these are the steps you’d follow:

Well, in reality, there is even more to it (both for rejecting and accepting an hypothesis).
In this example, there are many faults. Was my definition of “friendliness” correct? Were there factors I didn’t account for, like a bit of spinach between my teeth that caused more people to smile (or laugh) at me? More importantly, if I repeat the experiment, do I get the same result**? Was my experiment well designed; maybe there are better ways to test this same hypothesis?

Science is a very iterative process. Hypotheses are constantly being reformulated and retested. It is actually impossible to be 100% a hypothesis is true. The real science is when you try every which way to disprove your hypothesis. It is after a lot of back and forth and iteration, that a theory about something can be formulated. But you should know that in the scientific lingo, a theory has nothing to do with guesswork. It is the result of several repeats of observations and experiments that are generally accepted as reliable accounts of the world around us. ***

I’d also like to note that science and engineering are quite different things. A scientist wants to know how things work while an engineer kind of just wants to make things work.
For example: engineers built the large hadron collider; scientists use it to study elementary particles.
Though it should be said that a lot of scientists have a bit of engineering in them, and vice versa, so this is probably a giant simpification.

* I just know that this is just because I look funny.
** Typically, at least three repeats showing the same conclusion are necessary to accept a hypothesis.
*** More about scientific theory here: https://www.gotscience.org/2015/10/theory-vs-hypothesis-vs-law-explained/