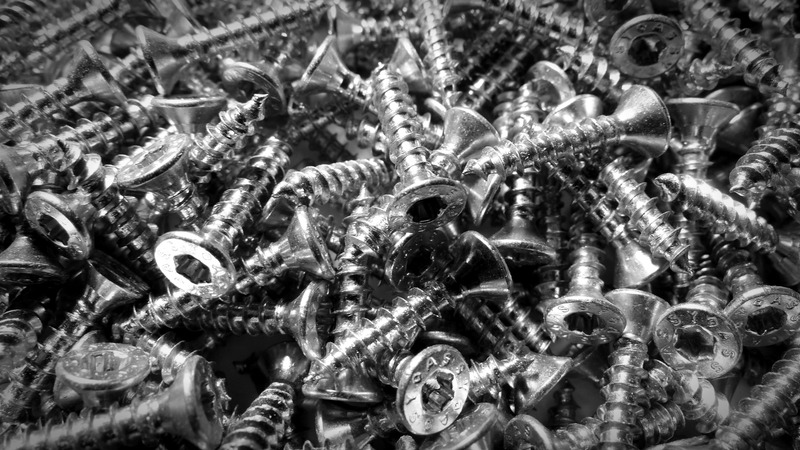 For some obscure, unknown, mysterious reason, most things in nature are right-handed. I don’t mean that most people prefer writing, eating and doing other activities that require some dexterity with their right hand – although the word dexterity does seem needlessly biased towards the approximately 90% of the population that is right-handed. No, I am talking about right-handed helices.

A helix is an object having a three-dimensional shape like that of a wire wound uniformly in a single layer around a cylinder or cone, as in a corkscrew or spiral staircase**. What makes a helix right-handed, depends on whether the structure twists clockwise when you are looking at the structure from the top, and looking at the direction of the twist moving away from you.

Another way of looking at it is by using the right-hand-rule – I am not sure this is its official (or even unofficial) name, but if you are like me and need to make an “L” with your hands to figure out which way is left, hand-based rules come in handy. Point your right thumb up and twist your hand upwards in the direction your other fingers are pointing, et voila: right-handed helix.

Apparently, nature has decided that twisting right is the right way to twist. Proof for this is the structure of many macromolecules. For example, DNA, which is a double helix, is a right-handed double helix. The interactions that cause the structure to twist, happen to favor right-handed twisting. I should mention that left-handed DNA does exist, but it is are very rare and/or produced experimentally. Helical protein structures, such as alpha-helices, are also typically right-handed, and so is actin, a type of cytoskeletal filament.

Even on larger scales, nature prefers what turns right. Snail shells coil to the right. Most of the time. In fact, the rare case of a snail with a left-coiled shell resulted in a love triangle fit for Hollywood***.

Us humans, ever the inventors, have copied nature’s propensity to right-handedness in our hardware. Most screws have right-handed threads, leading to the handy mnemonic Righty Tighty, Lefty Loosey****. This is because most people are right-handed (about 90%, did you know?) and it’s just easier to screw that way*.

Left-handed screws do exist though, for special applications. No, not for exclusive use by lefties, but for situations where a right-handed screw would loosen over time, or cause extra stresses to occur in a system. For example, left bicycle pedals have a reverse (i.e. left-handed) thread because otherwise, the pedal would start unscrewing while cycling. Certain parts in airplanes have reverse threads, and so do types of machinery with rotary blades.

To conclude, screwing right isn’t always the right way to screw. More importantly, I sincerely apologize for making you read whatever just happened to my brain. I must have a screw loose.

** Definition taken directly from the Google results to “what is a heliz” because I am unable to type four words correctly.

*** I was going to say “fit for Disney,” but I feel like love triangles are not sappy enough. While we’re on the topic of rare animals finding their true mate, a story about a rare frog finding love hit the news this week.

**** I obviously am not able to remember things without help.

The inspiration for this post came from a number of conversations; including with T. about airplane parts, S. about the lonely snail, and A. about left-handedness (I think, might have dreamt that one). Also potentially inspired by a certain famous person saying something about “And then they turn left, it’s always left.” (It’s not.)