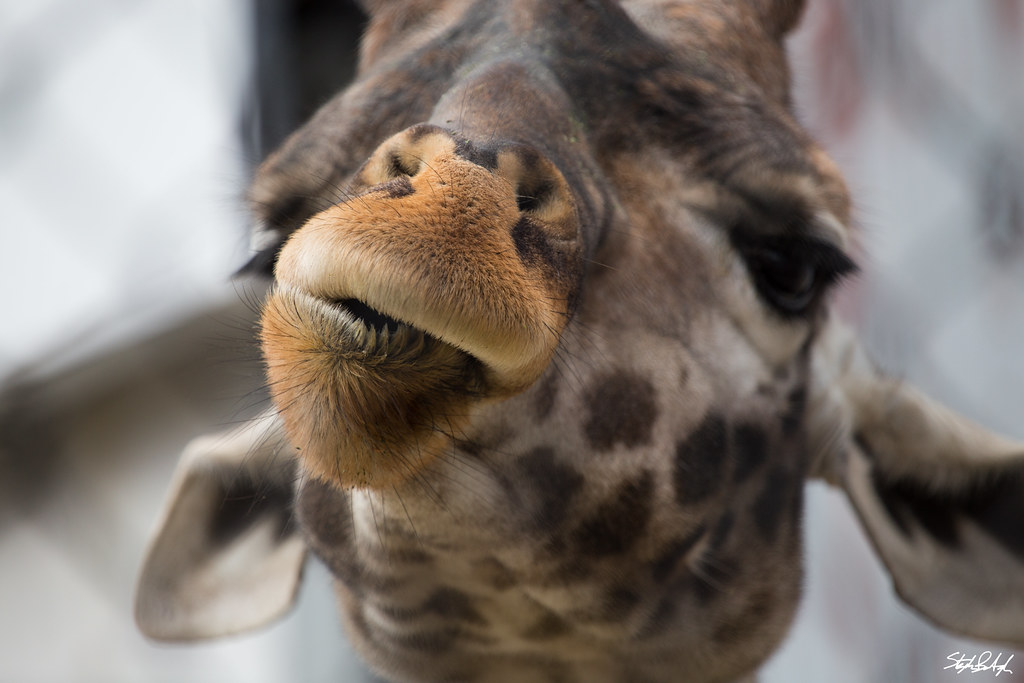 It is no secret that I’m a fan of giraffes. I have said this before, but I feel a certain sense of kinship with them. You know. Tall. Clumsy. Slightly derpy looking.

I was reminded of this when I found an old t-shirt on the bottom of my t-shirt shelf (yes, I have a t-shirt shelf. I’m incredibly organized. *ahem humblebrag ahem*). As you could have guessed, it has a giraffe on it. And that reminded me that I know a lot of random giraffe factoids.

So here are some tall stories, literally.

Giraffes are about 2 meters (which is like 6ft6″ I think? Get with the metric, people!) tall at birth, making them world’s tallest baby and also the envy of all the guys on dating apps.

No two giraffes have exactly the same spot pattern. Basically, their spots are a bit like human fingerprints. This is very useful for giraffe-scientists – also known as girafologists (not really) – because it can help them recognize their study subjects easily without having to check for toe prints every time.

Giraffes’ tongues can be up to 50 cm (20 inches?) long. *insert another tinder joke here*

This long tongue helps them eat. Giraffes binge on acacia leaves, which unfortunately grow on thorny trees. Thanks to the long tongue, they can reach around the thorns and get to the tasty leaves without getting a scratched tongue!

Their tongue is also blue-black-purple in color because it has a lot of melanin. This is probably to protect giraffe tongues from sunburn.

Ironically, many giraffes have a fear of heights. I think this is why I identify so strongly with them… I too am tall and get dizzy even when just standing.

Male giraffes test a female’s fertility by tasting her urine.

On the subject of urine, did you know that early pregnancy tests relied on… frogs? In the late 20s, a South African researcher discovered that if you injected certain hormones in a certain frog (Xenopus laevis), they would start ovulating. These hormones are also present in the urine of a pregnant woman. With that, frogs became the first reliable pregnancy test!

If you have read Harry Potter, or any other British literature aimed at teens, you might think that necking means snogging. Which means kissing, the French way. But in the giraffe world, necking means smacking another giraffe with your neck. It looks scary.

Hey, did you know that giraffes have the exact same number of neck vertebrae as humans? They’re just a lot bigger. And presumably stronger, if they can do all that necking.

Giraffes are awesome. And if you don’t agree, well, that’s just your opinion! (The giraffes being awesome thing is totally objective.)