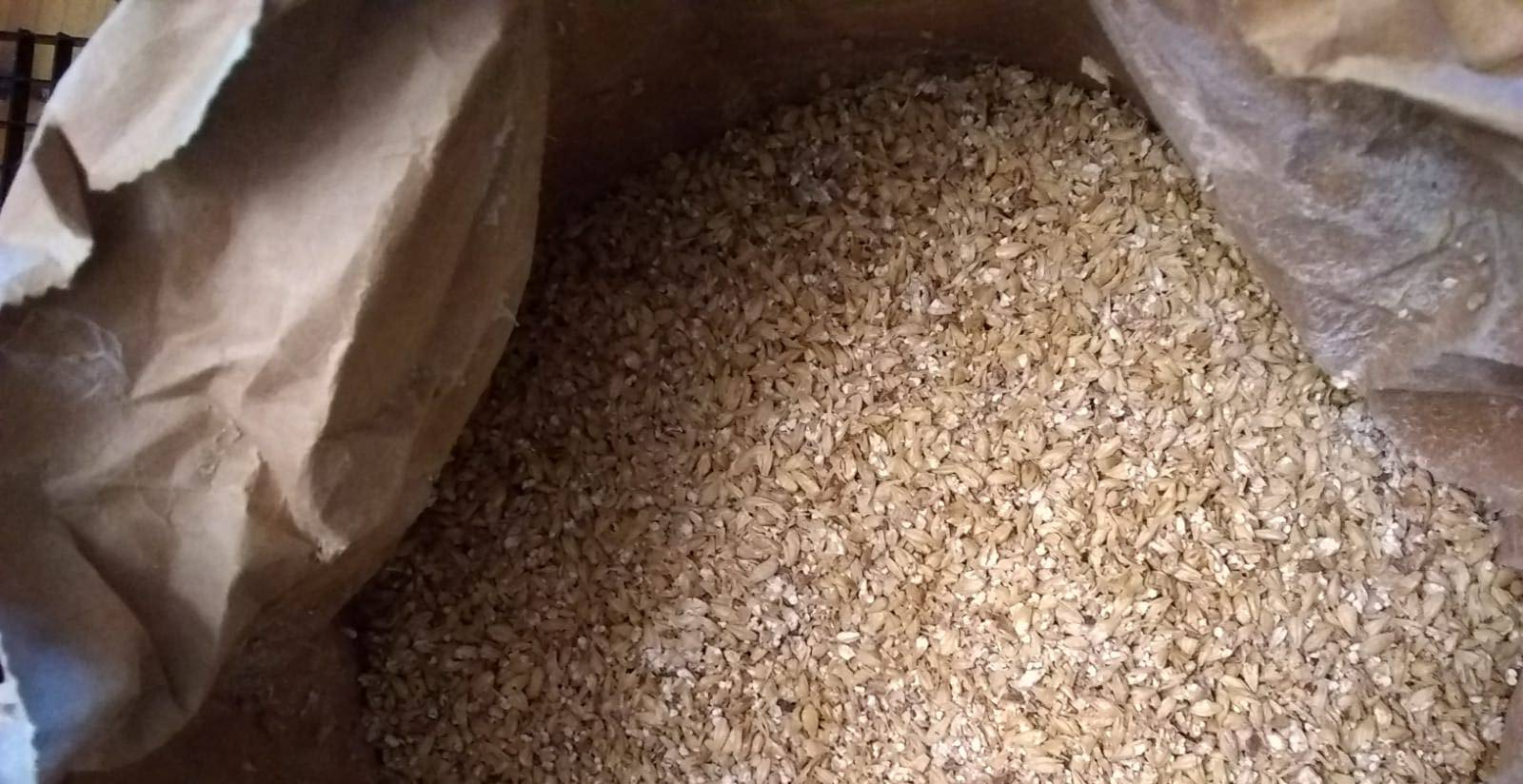 While we’re waiting for the yeast to do its thing, it may be useful to learn about what exactly fermentation is. Fermentation. You’ve heard it before, in the context of beer or kimchi or sourdough bread (or in a biochemistry class). But what does it mean? And why isn’t yogurt alcoholic?

Briefly, fermentation is a biochemical process where tiny organisms break down a complex molecule, such as starches or sugars, into a simpler molecule, an acid or an alcohol, while making some energy. This happens in an anaerobic environment – meaning it does not require oxygen. This contrary to aerobic processes, like what we humans do most of the time when we want to convert sugars into energy.*

Yeasts and bacteria are the two types of organisms that do this sugar breakdown. There are three different types of fermentation, depending on the end product.

Certain microorganisms are better at certain types of fermentation. That is why it is very crucial that the wort does not get contaminated by outside yeasts or bacteria: you only want the alcohol-making types, not the acid-making types. Unless you want to make a sour, that is.

It is also why, to make a sourdough starter, you just leave some sugars (starches actually to be more precise, in the form of some flower in water) out on the counter. The bacteria and yeasts floating around in the air are the ones you want for lactic acid fermentation – and to start up a sourdough culture.

Controlling the rate of fermentation and end products is a balance between making sure you have the right microorganisms (not all yeasts like being in alcohol – let alone making alcohol), balancing the water and sugars (is there enough food?), controlling the temperature (we prefer certain temperature, so to microorganisms) and waiting the right amount of time. That’s why fermentation is a bit of a science and also a bit of cooking. Though science and cooking are actually very similar to start with.

So to recap, fermentation is a process where yeasts and bacteria convert starches and sugars into alcohol and/or acids, with some by-products. And yogurt isn’t alcoholic because the milk-loving bacteria are lactic acid fermenters, not alcohol fermenters.

Disaster has struck. We left the fermenter for one day and came back to this mess:

We had filled up the container too much, so once the yeast started munching away at the sugars, the extra build-up of foam caused the stop to come off. Oh no.

So we needed to clean up. We also siphoned out some of the liquid to avoid this from happening again. Hopefully, we did not expose the beer to external oxygen and yeasts and all during this process…

We put the S-stop back on the fermenter. This ensures that no gasses can come in, while gasses can go out. During fermentation, glucose (which is sugar) gets converted into alcohol and CO2. The latter is a gas and needs to go somewhere, so we let it go out.

This was last Monday. Since then, there seems to have been very little activity in the fermenter. The good news is that everything smells quite nice and beer-ferment-like, not sour, so we will move to STEP 7 sometime in the next few days: bottling!

We’re making a Northern Brown according to this recipe: https://www.brewersfriend.com/homebrew/recipe/view/564492/northern-nh-brown

Recommended reading: How to Brew

Source for little factoid is that one episode of the Magic School Bus that I remember where Ms. Frizzle was doing a triathlon and her muscles started producing lactic acid so the students – who were obviously in a mini school bus inside Ms. Frizzle (where else?) – let out the air of the tires so her muscles would have oxygen.