Before I start, a short comment on personal growth:
After a quite frustrating day yesterday, I decided to get up bright and early, go for a run and then head to work today. It’s actually a national holiday here (Ascension), but as I have to take my holidays explicitly, and “I’m here for work and not for fun (except for weekends)”, that was my plan. So I was up and ready to leave for my jog, when my flatmate just entered the front door, after a night out. Made me think.
I guess I’m a “real grown-up” now…
But now, On Growth and Form.
I have discovered that Dundee has had quite an interesting inhabitant. His name is D’Arcy Wentworth Thompson. I had never heard of him until sometime last year when we went out to dinner in a restaurant called The D’Arcy Thompson. A plaque on the wall informed us he was a biology professor in Dundee (at the time the university was still part of the University of St. Andrews) around 1900.
Sometime later, I went to a talk about penguins, more specifically about the two penguins that Dundonian Arctic explorers had brought back from their trip south. The penguins had gone through quite a bit, one even was the official mascot of a student faculty club, but they are now on display in the D’Arcy Thompson Zoology Museum on the campus of the University of Dundee. We went to go see the museum after the talk, it’s a room stuffed with, well, stuffed animals. Quite an impressive collection, including a giant crab. (Giant means more than a meter across. Imagine running into a wild one!) 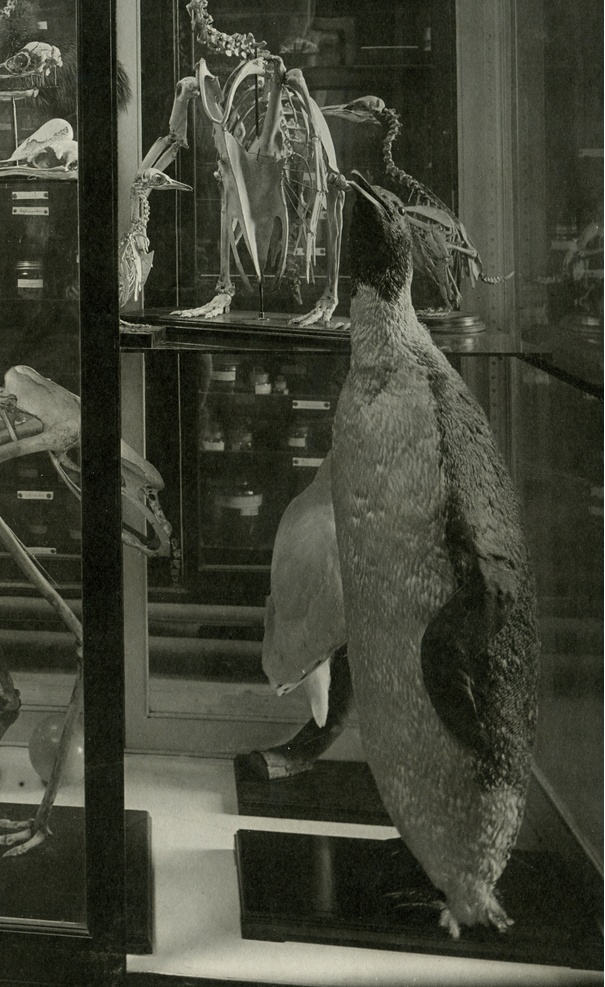 But it wasn’t until last week that I realised how interesting Mister D’Arcy really was – and I just realised that sounds like a sentence from Pride and Prejudice. A research letter in Nature Physics on the combined mechanics of cells in tissues mentions the following:

In 1917, D’Arcy Thomson published a treatise On Growth and Form in which he suggested that morphogenesis could be explained by forces and motion – in other words by mechanics.

You might recall that my PhD is about the mechanics of gut cancer. And I didn’t know about D’Arcy, shame on me! In the meantime I’ve tried to get my hands on the book, not too difficult because there are some on line pdfs circulating with the whole thing. Unfortunately, I’m the worst at reading from a computer screen, so I haven’t gotten very far*, but it seems that Mister D’Arcy was quite interesting indeed. His 1136-paged book reads a bit a philosophy book (or it does in the first 304 pages). He tells the story – for it’s written like a story – of how the mechanics in biology is quite similar to the mechanics of inanimate bodies, and that growth and morphology can essentially be explained by physics. He gives a whole list of examples, where he makes analogies between biological systems and physical systems. He admits that this will not explain every detail of biology, but that it is possible to explain certain simpler phenomena of organic growth and form using mathematical and physical descriptions. His studies on fractal patterns and linear transformations (rotation, translation, shearing) have been important for image analysis, architecture, mathematics and probably many other fields.

Then how had I never heard of Mister D’Arcy (I realise it should be Mister Thompson but that just doesn’t have that ring to it)? Luckily I’ve figured my lack of knowledge on time and can rectify that mistake. D’Arcy had innovative ideas, that have been pushed to the sidelines by molecular and genetic research in morphogenesis. Nevertheless, is book is merely descriptive, so there is still much to be learned. Which is where projects like mine come in.
Hurray, I have a purpose! 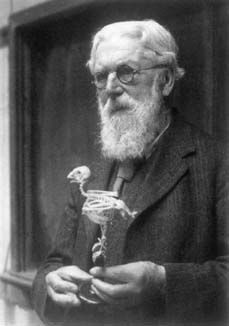 *If anyone knows where I can get my hands on a good hard copy, please let me know! Amazon only cells “bad quality and incomplete” versions, so it’s proving quite difficult.

3 thoughts on “On Growth and Form”