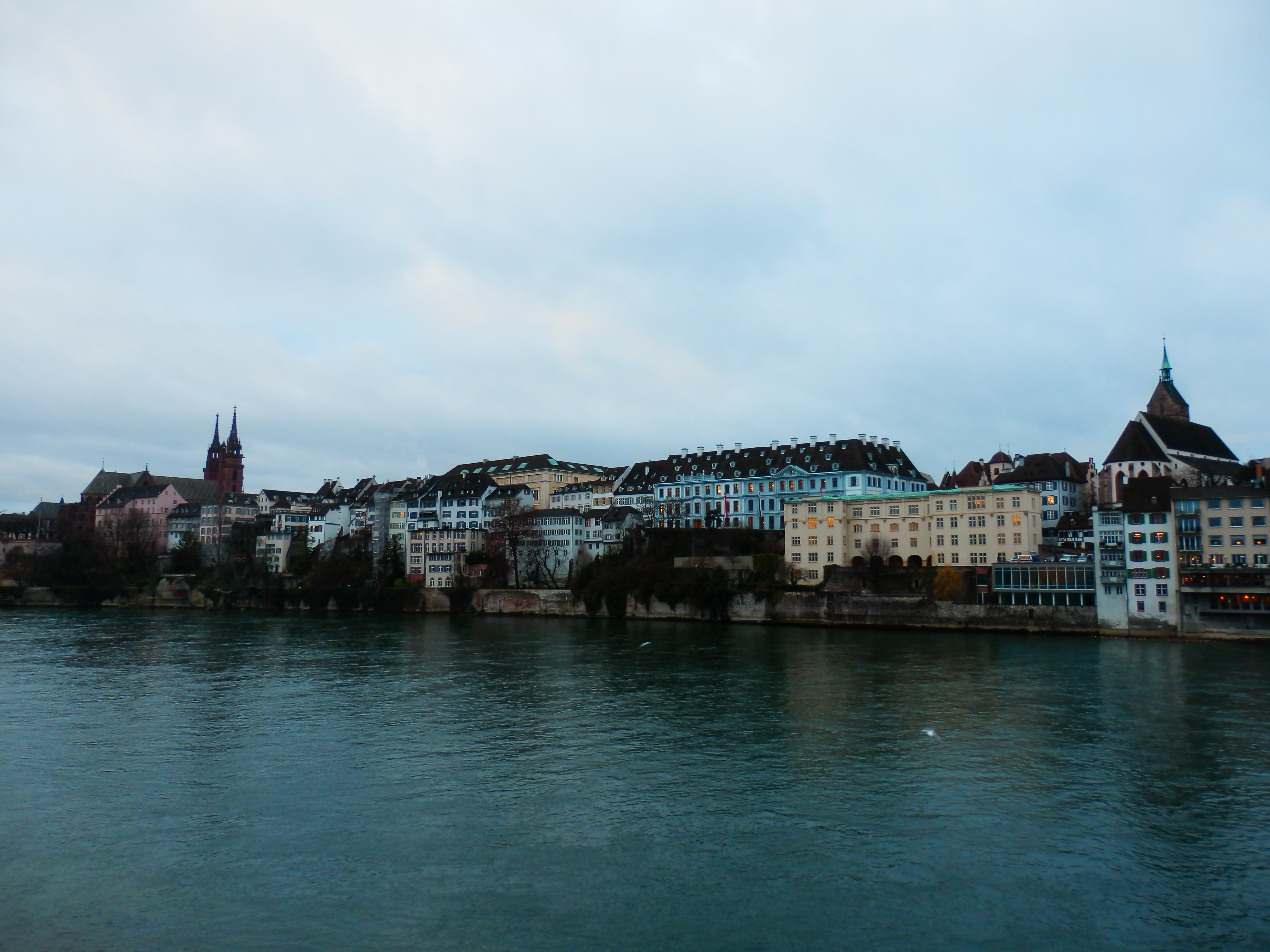 Last weekend I moved to Basel for a two month impersonation of “guest researcher” in a nanobiology lab.
Before I even get to the point, I want to say that Basel is awesome. Except for the evening I arrived, the weather has been the perfect example of “Spring is in the air” and Basel’s traditional emblem and guardian creature is a Basilisk. First of all, this city has a guardian creature. Second of all, this creature appears in one of my favourite books (I was going to say in my favourite septology but I’m pretty sure that’s not a word, so I decided to refer to Newt Scamander’s Fantastic Beasts and where to find them instead). A quick look at the various statues scattered around the city – most of them spouting water – as well as the wikipedia page – I’m such a professional -, taught me that unlike my expectations of a giant snake living in sewage under girls bathrooms, a basilisk looks more like a dragon with a bird’s head. It does still have Medusa-like statue making abilities or killing-at-a-glance powers (depending on the source) and a weakness for weasels/Weasleys. Come to think of it, I’m pretty sure the emblem of Dundee involves dragons and that of Scotland in general has a unicorn. I sure know how to pick my magical creatures. (That of my home town is a boring old swan though…)
In any case, moving to a new lab, albeit for only two months, reminds me of one of the things I love about being in science (as far as I can call my current career “being in science”. A friend of mine basically covered this same topic in her blog recently and I’ll probably just repeat some of what she said, but one of the things I love is moving around for conferences, lab visits or even just a new job (as I have for my PhD) to not only explore the world but also explore the minds of all the amazing people I encounter. I might be because I’m still quite young (no need to settle down yet), adventurous at heart (always moved around a bit) and get amazing opportunities (an international and interdisciplinary PhD), but I also believe that the future of science lies in international, collaborative and interdisciplinary research. Also, it’s surprisingly refreshing to pack all you basic needs in one suitcase and just step on a plane.
The thing is, I’ve heard disconcerting stories about research groups not willing to present unpublished work at conferences in fear their ideas will be stolen. Or people naming collaborators as reviewers when submitting papers, while steering clear of their competitors. Science seems to exist in an atmosphere of suspicion and nepotism (though I like the Dutch word vriendjespolitiek – literally friends politics – better) where results and ideas are only shared with collaborators but hidden from competitors.
Of course there’s merit in a bit of healthy competition, it drives people to be ambitious and bring out the best in themselves, but as it is becoming increasingly clear that science is no longer a one-man’s-job (though my friend that I mentioned earlier is well on her way of becoming a homo universalis), I am supporter of more collaborative and open science. I for one have had great ideas by conversing with other people, inside and outside my field of research (and so we bring in the aspect of interdisciplinary research as well). Bouncing ideas off each other, seeing different points of view and geeking out during lunch breaks brings out the best of us, or at least of me.
Well, in any case, I am glad to be here in Basel, these first few days have already been amazing and mind opening and I’m sure there are many more inspiring moments to come.
I’ll leave you with this quite funny looking basilisk. It doesn’t have any jet black scales or horcrux-destroying fangs, but I’d still not look in the eye…

One thought on “Competition, conversation and collaboration”