Some time ago, on my usually waste-of-time website, I found a post about the first female engineer. As a female engineer – let’s not go into whether that’s self-proclaimed or not – , I naturally wanted to find out more.
First, it seemed necessary to find a definition for “engineering”.
As so many other words, engineering is derived from Latin. It can have originated from either – or perhaps both – ingenium or – and – ingeniare. As the word ingenious might hint, the first means something in the lines of cleverness, though I’ve also seen it translated as talent; the latter means to devise (according to wikipedia, I had more trouble finding the word through other sources). The stem of the word seems to resemble ingenerare (to implant) and ingenere (to instill by birth). Therefore it seems that the word initially meant something along the lines of having a natural talent for something but slowly evolved to coming up with clever tricks or solutions to solve a certain problem.
Nowadays, the current official definition of “engineering” is (according to Engineers’ Council for Professional Development):

The creative application of scientific principles to design or develop structures, machines, apparatus, or manufacturing processes, or works utilising them singly or in combination; or to construct or operate the same with full cognisance of their design; or to forecast their behaviour under specific operating conditions; all as respects an intended function, economics of operation or safety to life and property.

Hmmm, that’s one of those sentences that I still haven’t completely grasped after reading it three times and then I usually just give up. Let’s give that definition another try then. According to my understanding (and self-proclaimed experience), engineers aim to design (or invent, or optimize, or improve) something by the application of scientific and mathematical principles. This something can range from materials, instruments, software, living systems, you name it; basically anything that you can imagine inventing or improving on.
It differs from science mostly due to the fact that sciences aim to build on knowledge starting from predictions and hypotheses about the universe (or, anything).
If this not making much sense… Well, probably this comic by Saturday Morning Breakfast Cereal does a better job on describing the essence of engineering:

So, I guess you can say that engineers are more interested in applying scientific knowledge to whatever they are working, while scientists are more aimed at acquiring said knowledge. In my opinion (and again, “experience”) the distinction between the two is not always very straight cut, and a lot of people are more somewhere in between, say applied scientist, or scientific engineers, or engineering scientist (though that last one sounds more like someone trying to create a race of super-scientists through genetic engineering). I also think it’s quite obvious that both (or all people on that spectrum) need each other to achieve progress.
Nevertheless, my post was going to be about the first female engineer. Because whichever way you look at it, women are still underrepresented in these fields, even if the situation is already much more balanced than it used to be. It also strongly depends on the type of engineering. For example, while there are about 50% of women studying bio-engineering or architectural engineering at my formal school, only 15% of engineering (that later splits into mechanical, civil, chemical, biomedical, computer, and mathematical engineering) consists of female students. Perhaps “us girls” just need some role models?
The first candidate-rolemodel, and the “first female engineer” according to that post I mentioned, is Elisa Leonida Zamfirescu. 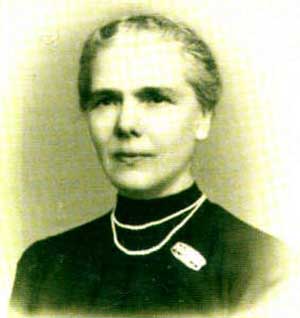 Elisa was born in 1887 in Romania, in a quite engineery – yes that is a word, stop it red squiggly line – family.  Her grandfather, on her mother’s side, was an engineer and so was her older brother Dimitrie. I imagine her as a child inventor, a bit like Violet Baudelaire, who did not give up after being rejected from engineering school (School of Bridges and Roads in Bucharest). No, she just applied to other schools, and in 1909, she was accepted at the Royal Academy of Technology Berlin. Three years later, she graduated, and started her career in geology laboratories back in Romania. She passed the war years (World War I) in the Red Cross, around which time she met her husband, Constantin Zamfirescu, a chemist.  She spent her engineering career leading several geology labs in the Geological Institute in Romania and teaching physics and chemistry. Her contributions include her role in identifying new resources of coal, natural gas and copper. She worked until she was 75, and died in 1973.
Despite her contributions to the world of engineering, Elisa was not technically the first engineer. Alice Jacqueline Perry, an Irish cailín born in 1885, graduated a few years before. Her family sounds very well educated; her father was co-founder of the Galway Electric Light Company as well as county surveyor for the County Council and her uncle invented the navigational gyroscope (two of her sisters also continued into higher education, by the way), Alice was quite a mathlete, or would have been if they had those in the 1900s.

She received a scholarship to study at the Queen’s College in Galway in 1902, where she pursued a degree in engineering. She graduated in 1906, with first class honours. Alice was the first female engineering graduate in Ireland, the UK, and in my understanding, the world. A month after her graduation, her father’s death caused her to take up his position temporarily for County Council, making her the only woman to have been a County Surveyor – basically a Council Engineer – in Ireland. She moved to London in 1908, starting a job as a Lady Factory Inspector. She moved to Glasgow in 1915 (and seemed to have continued an inspector job there as well). In 1921 she grew bored of engineering, and started writing poetry (eventually publishing seven books of poetry). She was heavily involved in the Christian Science movement, and moved to Boston headquarters in 1923, where she worked until her death in 1969, about a month after the moon landing.
These may seem like quite ordinary lives, but I can only imagine the challenges Elisa and Alice might have faced as female engineers in those days, just as female scientists or female doctors had a whole stream of male criticism and prejudice to swim up against.
I assume that there were some female engineers before 1900, though perhaps not with an official engineering degree; after all, inventors have been around forever and it is no great leap of imagination that some of those inventors were women. And you might argue that we don’t really know any famous female engineers because they haven’t contributed anything major, but I will argue back that a lot of progress happens in little bits and every little contribution has been necessary to get to those major leaps. (Come to think of it, I don’t think I can name any great engineers off the top of my head.)
As there are quite some great female scientists, there are some great female engineers, and naming the first ones is only the start of a long list, that I am positive will grow longer in the future. Perhaps one day, I’ll find my name on that list. (I doubt it, but it can’t hurt to be ambitious, eh.)