Last weekend, I attended the Centenary conference commemorating the 100-year anniversary of the publication of On Growth And Form by D’Arcy Wentworth Thompson. You might have heard me mention this book and its centenary at some point?

It was not just your usual conference. While most conferences centre around a certain field or topic, this one explored the influence of D’Arcy and his book on many different fields It was the most interesting mix of people and topics at any meeting I’ve been at, it succeeded in bringing scientists, mathematicians, computer scientists, historians, artists, architects, musicians and knitters in the same room.

Also, the sessions were not organised topically, but pretty much random, which meant that even if you were just interested in a few talks (on paper), you ended up hearing the wide variety of topics that have something to do with D’Arcy. Personally, I thought this was a very clever choice of the organisers (kudos to them), and I enjoyed hearing about art, architecture, history, and yes, knitting, instead of boring ol’ science for a change. 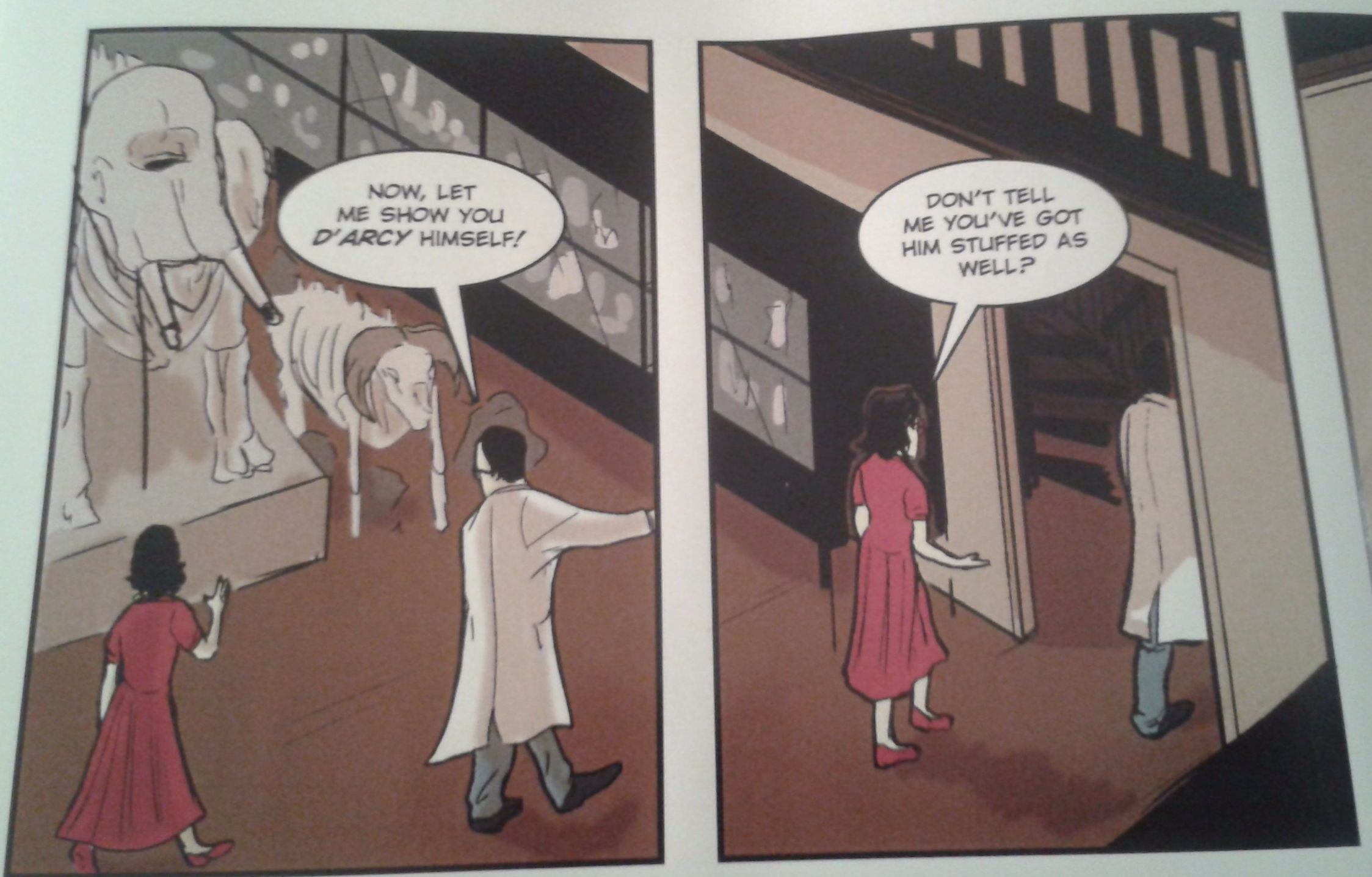 I also feel like I made some type of personal achievement. I was accepted to give a talk on the Physics of Cancer, which you might remember as the topic of my two FameLab contributions. For each of these, I had written a little song. So, in a crazy phase of over-confidence, I decided to incorporate these songs into my talk. And, why not, I also incorporated Star Wars references, weird cartoon cell drawings and pretty dodgy doodles I had drawn myself.

The response was amazing. I’ve given talks at conferences before but never have I received such positive feedback. Not only because they found the songs entertaining (I can assure you no-one fell asleep during my presentation) but I was also complimented on the clarity and accessibility of my talk (the very mixed audience, remember) and my optimistic approach to a “heavy” topic. If possible, I will from now on take this approach for every talk. 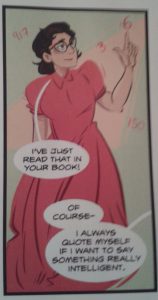 Finally, I have a new favourite D’Arcy quote (it’s quite convenient to have three days full of inspirational quotes to muse about):

“(…) things are interesting only in so far as they relate to themselves to other things; only then you can put two and two together and tell stories about them.”

Closely followed by this one, actually:

“Facts are pointless unless they illustrate greater principles.”

(The comics snippets and the second quote are from the graphic novel “Transformations“.)

2 Replies to “Not just your usual conference (100 years, Part VIII)”